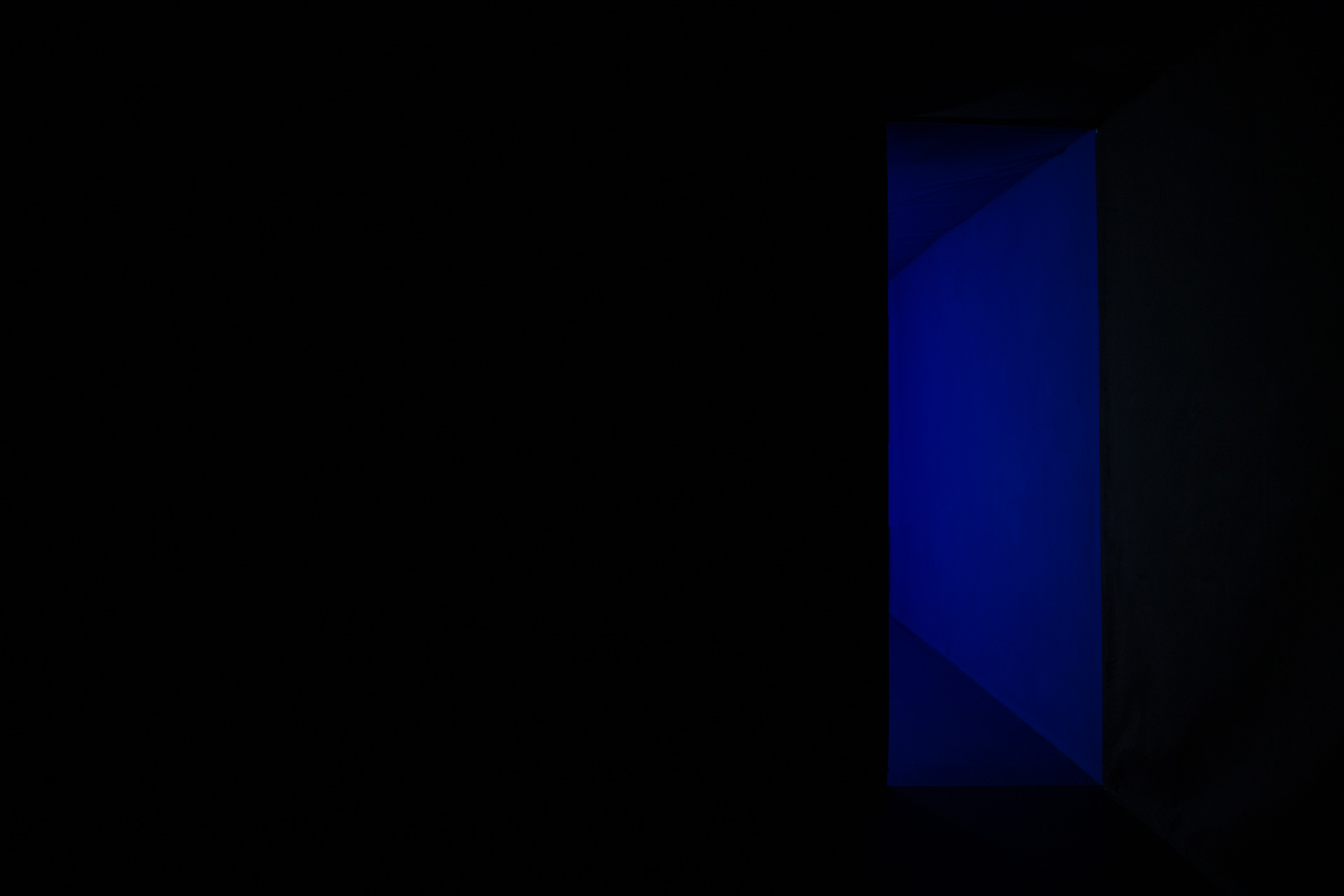 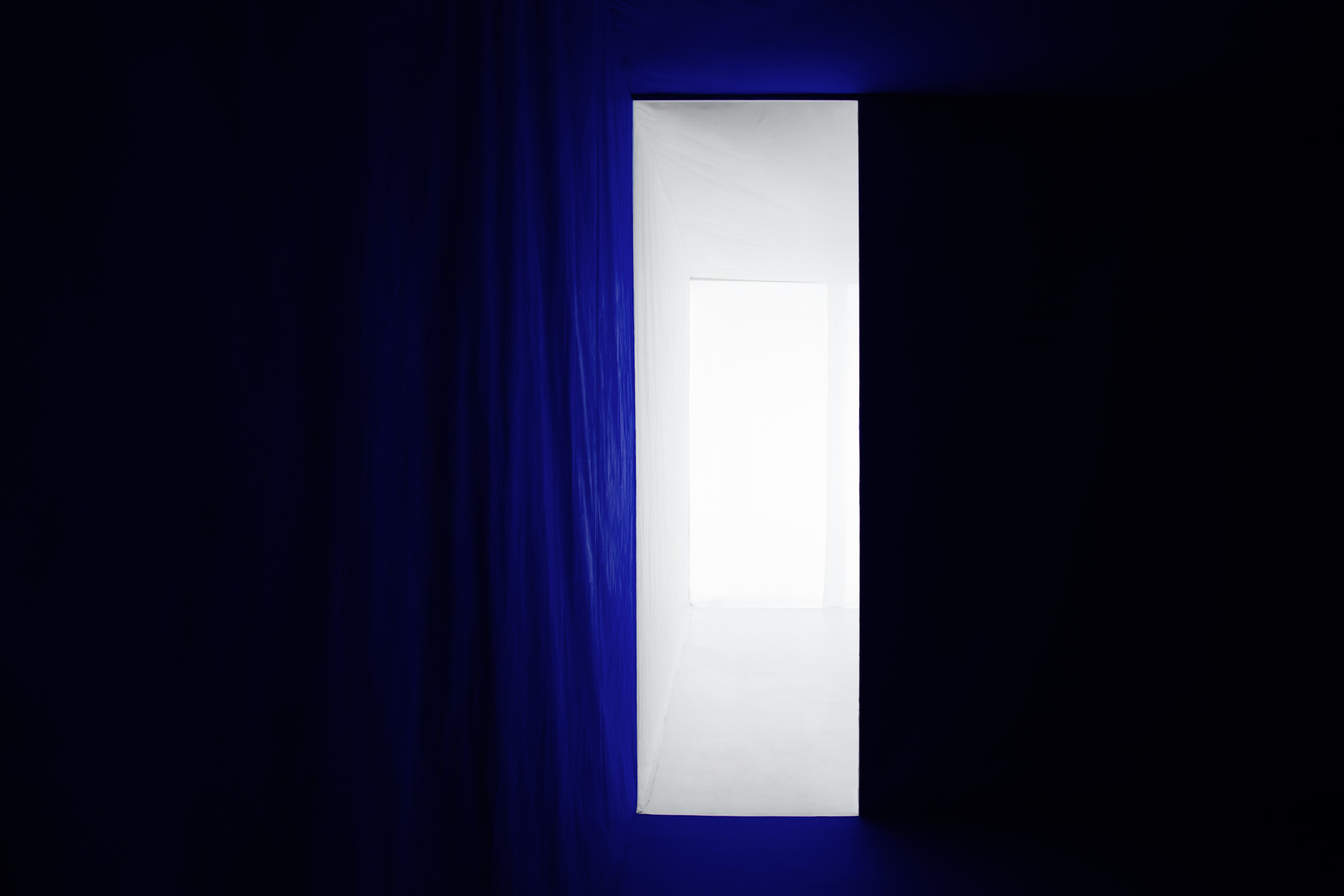 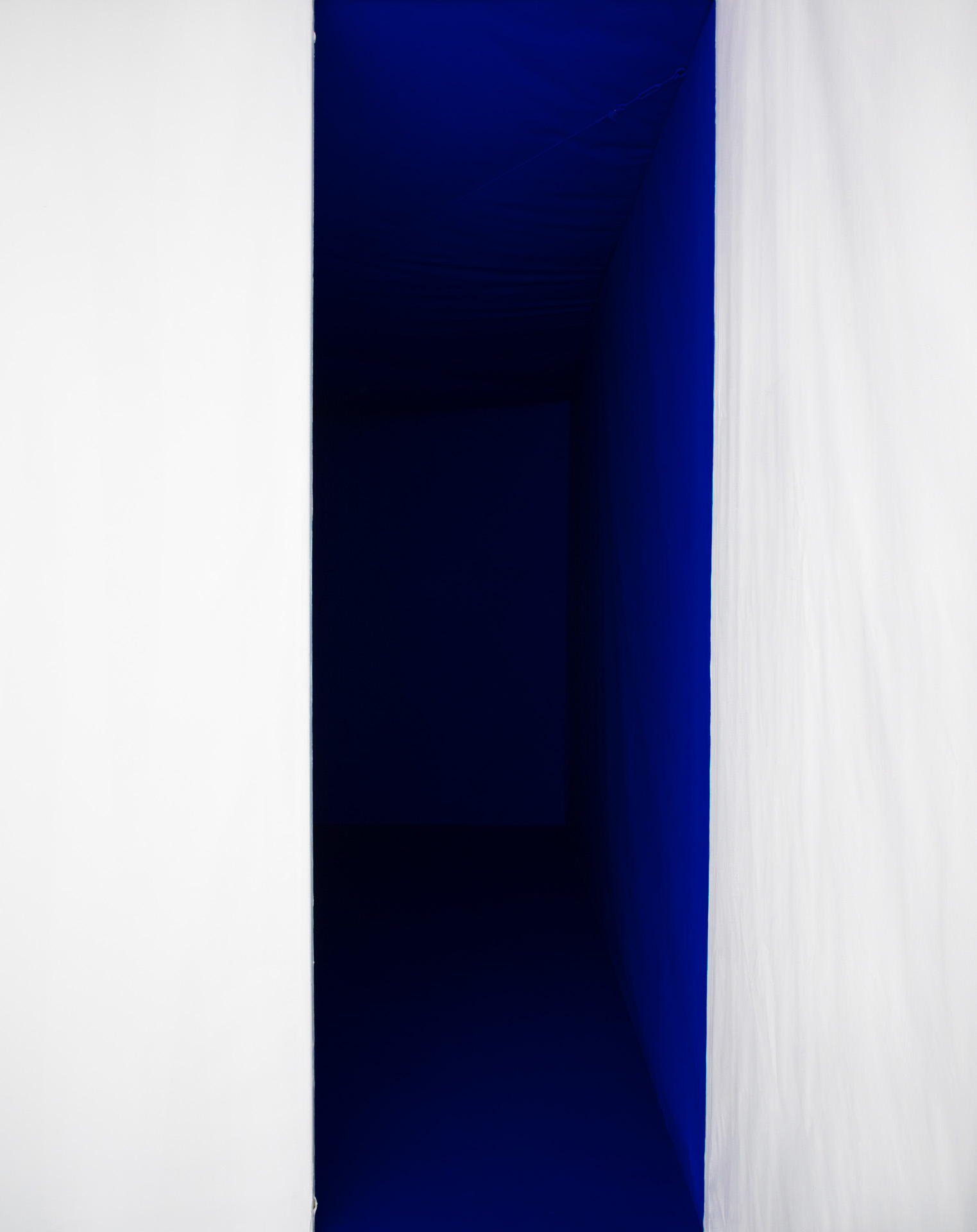 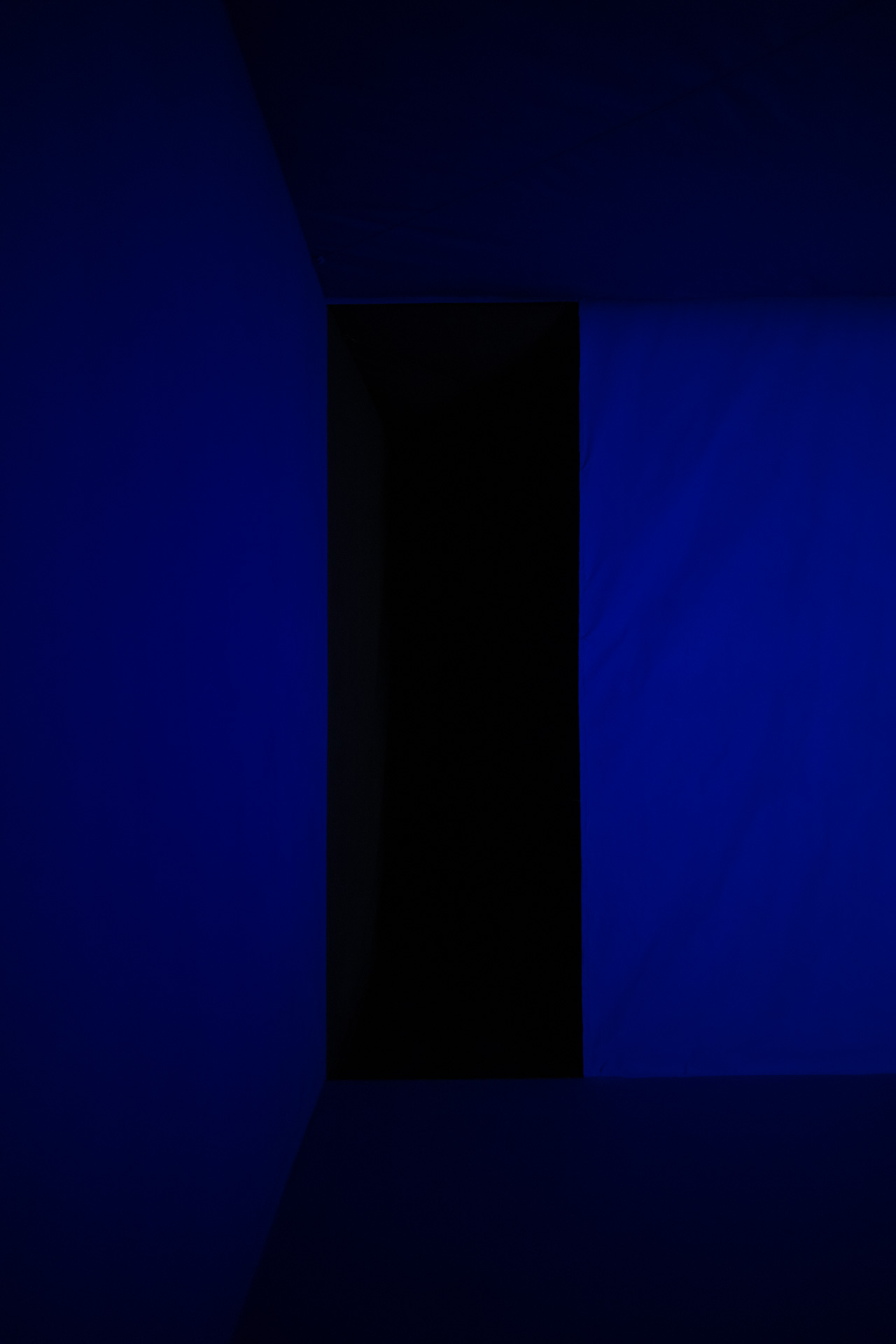 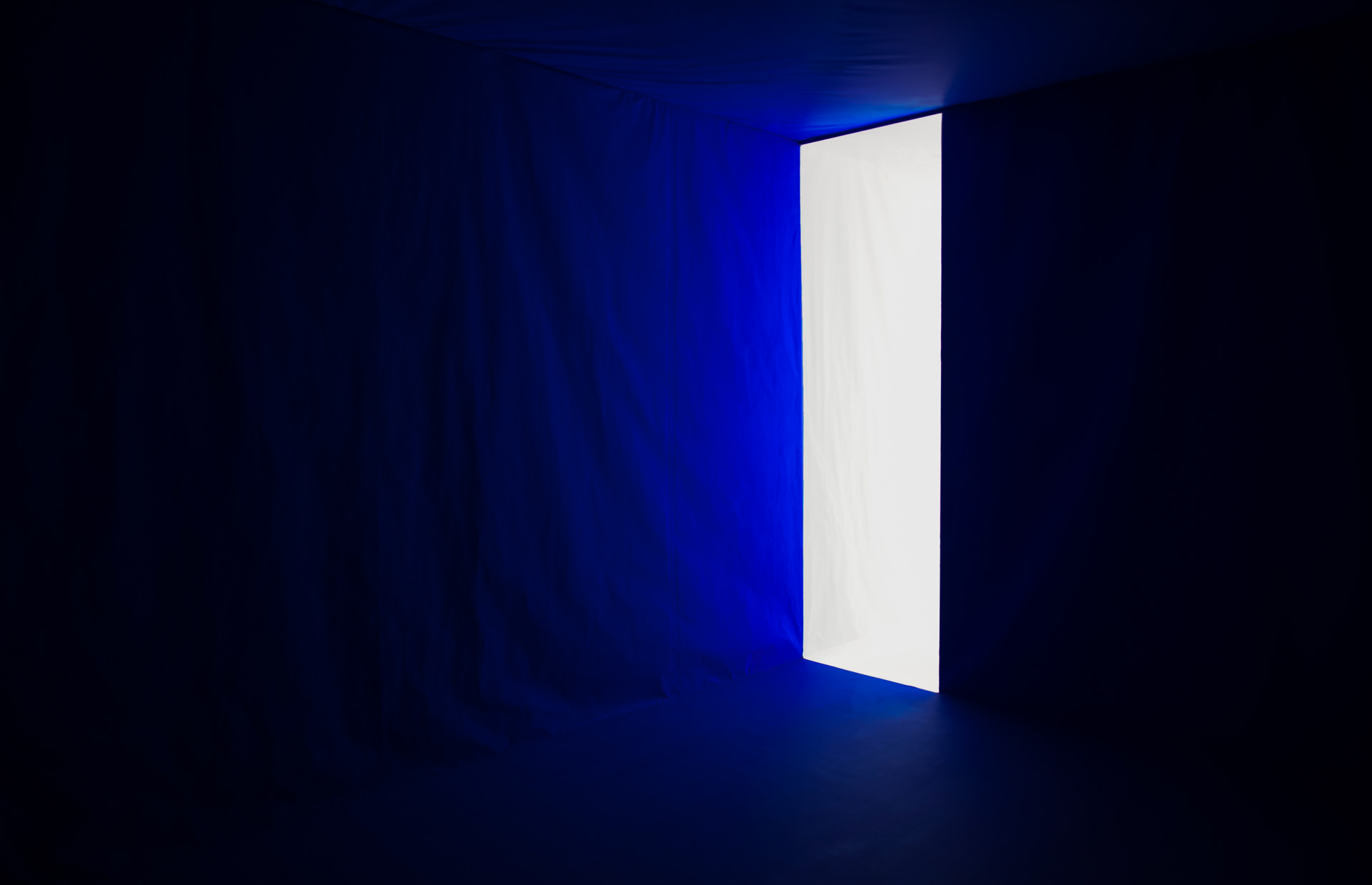 Following on from our C O L L I D E R S C O P E programme in 2018 we were able to continue to support and work with International, Saltburn based artist, Deb Covell in the development of a major project in 2019.

This resulted in bringing an exciting new exhibition to Tees Valley. Open to the public at Kirkleatham Museum, Redcar between 10th January and 9th February 2020 the mid-career retrospective explored the development of Deb’s practice and was shown alongside selected and key influential works from Middlesbrough Institute of Modern Art (MIMA) collection.

The highlight of the exhibition was a new piece of work titled, ‘Altered States’ which was a 80ft installation where visitors could experience being fully immersed inside a ‘painting’.

The giant artwork started its life in one of our Middlesbrough based, publicly accessible project spaces at Dundas Shopping Centre. Deb and a team of assistants worked for months to create a series of ‘paint skins’ which make up the huge installation.

“You’ll be walking into a painting rather than just looking at one. You’ll be experiencing it with your body, not just your eyes” said Deb, who is represented by Gray Contemporary Museum in Texas and has had her work shown in prestigious galleries in the UK as well as Melbourne, New York, Kiev, Athens and Zurich.

This retrospective exhibition and the new ambitious work – ‘Altered States’ is the biggest project of her career and has been three years in the making. The project is supported by Arts Council England, Navigator North, Creative Factory, mima, Redcar and Cleveland Council, Tees Valley Museums and Teesside company TWI, which is built the framework for the installation.

“If I didn’t have all of this backing I couldn’t do what I’m doing now,” said Deb.  “If this takes off it could allow me to get a bigger studio and employ some of the people working with me. I can’t do this sort of thing on my own.  I need a team to work with. I also want to inspire people and show them that the sky’s the limit.”

Alongside the exhibition there was a programme of workshops, talks and public tours.